Ohio City’s founding and growth are an important part of Cleveland’s immigration history and the story of the Ohio & Erie Canal.

The Growth of Ohio City

Many Ohio immigrants possessed aspirations of becoming farmers, but if they did not have enough money or resources to start farming, they searched for other employment. The construction of the Ohio & Erie Canal offered employment opportunities for many able-bodied Irish and German immigrants in Ohio City; however, the work was arduous and not well paid. The city had working-class housing for those who worked on the Ohio & Erie Canal. This housing continued to be occupied by working-class people after the canal was completed in 1832. 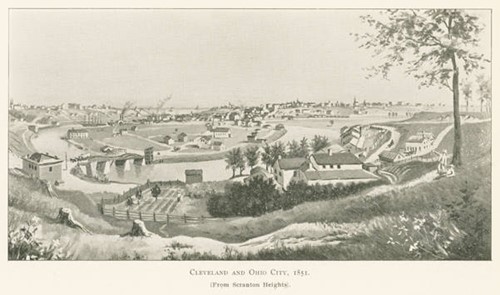 By 1836, The Ohio & Erie Canal allowed shipping and trade to play a pivotal role in Ohio City’s local economy. It became a prosperous mercantile town with many people working as artisans, merchants, and skilled workers for local industries that depended on the Ohio & Erie Canal. That same year, nearly 2,000 schooners, steamboats, sloops, and brigs provided employment opportunities in Cleveland Harbor. 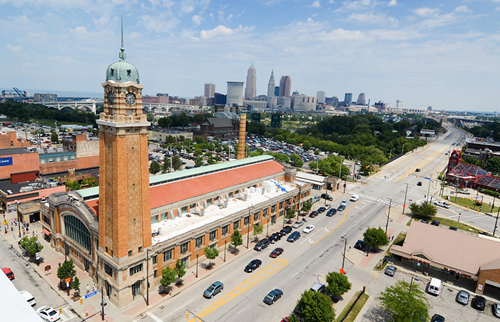 Photo Credit: "Creative Commons West Side Market” by Erik Frost is licensed under CC BY 2.0

The cities of Cleveland and Ohio City were major commercial rivals from the 1830s. In fact, the rivalry between the two cities was so contentious that there was a one-day war on October 31, 1836 over the bridge that connected them. What came to be known as the Bridge War began out of Ohio City’s fear that the new bridge would cause a decline in goods coming and going from their city. The two cities merged into one in 1854, eliminating the rivalry.

The Ohio & Erie Canal sparked Ohio City’s local industry by allowing the quick and easy transport of goods, and setting it up for a prosperous future.

Today, Ohio City is close to the Ohio & Erie Canal Towpath Trail and home to the historic West Side Market. Learn more about the neighborhood at ohiocity.org/visit.