Before the Civil War, the State of Ohio was a key link in the historic Underground Railroad. Bordered by two slave states, Virginia and Kentucky, and close to Canada where slavery was illegal, many Underground Railroad routes came through Ohio.  Ohio’s canal system also provided an advantage to those seeking freedom.

The Ohio & Erie Canal was a well-marked and well-known path connecting the Ohio River to Lake Erie. According to the National Park System, freedom seekers likely  traveled under cover of night along the canal’s towpath or even in canal boats to the Cleveland-area, code name "Station Hope." Once they reached Northeast Ohio, freedom seekers would eventually cross Lake Erie to freedom in Canada. 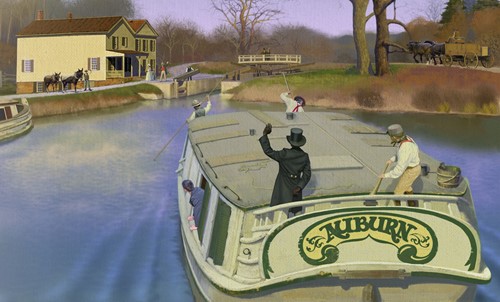 John Malvin was a canal boat captain, abolitionist, and a known operative on the Underground Railroad.

The Ohio & Erie Canalway National Heritage Area has many places where you can learn more about the Underground Railroad and honor these historic stories of courage, bravery and fighting for freedom.

Built by Quakers who supported the anti-slavery movement circa 1821,  the Spring Hill Historic Home was used as a station on the Underground Railroad by the Rotch family. Freedom seekers were hidden in the upper story of the house (which no longer exists), and passed on to a station near Stow, or others in the area.

The home contains a hidden stairway that was used to hide slaves. Underground Railroad exhibits are held annually.

Walk-in tours are available Saturdays and Sundays from 1 to 4:00 pm beginning June 4, 2022 and continuing through Labor Day Weekend. Off-season tours can be arranged for any day of the week, but must be reserved in advance.

One of Ohio’s best known historical spots, near the Perkins Stone Mansion, was rented by abolitionist John Brown and his family from 1844 to 1854. A house features the exhibit, "Family. Farm. Freedom." Funded in part by the National Park Service Underground Railroad Network to Freedom in collaboration with the Association for the Study of African American Life and History, the exhibit shares the life of John Brown with interpretation and hands-on exhibits for all ages.

The John Brown House is open for tours on Saturdays from 1 to 3:30 pm.

Built in 1847, this altered Greek revival home was considered one of the finest homes of its time in the Village of Clinton. Prior to 1860, it was owned by Harvey Maranville, a prominent official on the Underground Railroad along with Masa Wales of Massillon.

The home is now a museum highlighting the participation in the Underground Railroad and life in a canal town.

The Rhoads-Harter House is open for free guided tours the first Sunday of each month, April through December from 2 to 4:00 pm. Group tours are available at other times by appointment. 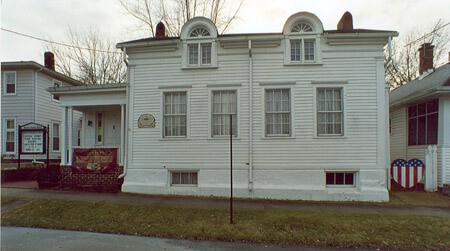 The only pre-Civil war home remaining in the University Circle neighborhood of Cleveland, this historic building has been transformed into a historic interpretive center highlight the neighborhood’s participation in the Underground Railroad and telling the stories of freedom seekers who traveled through the area. Recently added as a listing on the National Underground Railroad Network to Freedom, the Cozad-Bates House offers educational exhibits of anti-slavery activists and freedom seekers as well as provocative displays on constitutional voting rights.

The Cozad-Bates House Interpretive Center is open to visitors Saturdays 12 to 4:00 pm. 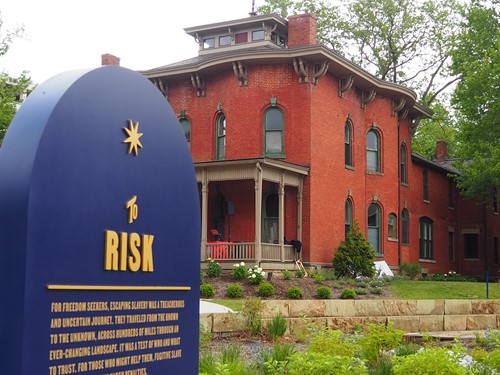 These historic locations allow visitors to learn more the Underground Railroad in Northeast Ohio and the Abolitionist history in Ohio. For more places to learn about the history of the Ohio & Erie Canalway, visit ohioanderiecanalway.com/learn.